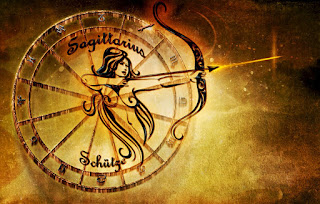 The more significant of the two, we met in a KIK group and struck up a private connection. We sent each other videos, communicating our thoughts on our respective open marriages and felt a sort of comfortable and safe, kindred connection.
He had more experience in openness and polyamory than me and I valued his wisdom.
He'd never had a woman meet him in a hotel room before so, I was to be his first.
He was a little nervous but he, having brought a bottle of wine, shared the libations and we continued, in person, the free flowing dialogue we'd previously shared through chat. He is the most closely politically aligned of my lovers, something that has been advantageous to our friendship, and friendship is the word that best describes what we share.
A unique lover, he came to the engagement with an arsenal of sex toys earning him the nickname, The Batman of Sex, a designation he was honored to receive.
"Where does he get those wonderful toys?"
Beyond our friendship, I was delighted in the opportunity to experience extensive (and expensive) sex toys that I was and am unlikely to experience again. In our first meeting, the sybian played a major role beyond our organic fucking for which, I was deemed "insatiable". In our second, having an idea of what I could handle, a restraint board, an inflatable insertion devise, the famed "fuck machine", two remote controlled inter-vaginal vibrators, external vibrators, and a giant, artificial cum producing, "dino dick" dildo. I had so much fun!! And, I think, he enjoyed a willing, uninhibited participant for his exploration of producing female orgasms with his arsenal.
In our second encounter, there were two memorable and meaningful moments:
First, after we'd undressed, but before fucking, if memory serves, he'd mentioned that his back was sore. He sat on the corner of the bed, back to me. I drew close to his body. I embraced him. Then, with loving and sweet kisses and caresses, I poured my energy into his back. It was that moment when I realized I cared for him, even felt romantic feelings, but that I wasn't in danger of falling in love with him. He was only one of two (the Aquarius being the other) who could truly be described as "friends with benefits". I was comfortable with him, I cared for him, and I enjoyed playing with him, but that was all it would ever be. It felt healthy and peaceful, and I believe the feeling was and is mutual. It was immensely meaningful to me as, all my life, when care is present, someone inevitably falls in love. I had finally attained the goal of a friendship that could also include sex.
Second, we'd had sex and he'd cum in the condom. Sitting upright against the hotel bed headboard, his legs outstretched, I removed the condom from his cock, sat facing him, and, as our eyes remained locked, I licked the cum from the condom with a sly smirk on my face. He, in a sort of pleased stun said, "Your husband is a lucky man". I adored his appreciation of my sexual apatite as, in turn, I valued his. We intuitively understood that we are the same kind of sexual being and it's pleasant to share that connection with someone.
Libra and Sagittarius are an adventurous and peacefully intuitive match.
While those were our only meets, we have kept in friendly communication to this day. Sharing a kinship of lifestyles. Both of us having fallen in love with married, but cheating others (and experiencing the conflict that brings), we have been a tremendous support to each other through some hard experiences. He is my friend. I'm very glad to have met him and I'm thankful for his continued presence in my life.
Sagittarius 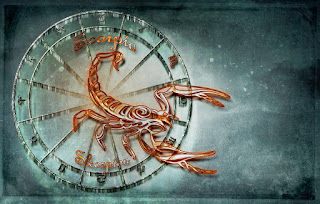 We're entering the "dark side" of the Zodiac now. There is a line of thought, in some astrology circles, that the first half of the Zodiac is "light" and prefers to stay on the surface, while the second half is "dark" and wants to run deep. Libra being at the center of the Zodiac, the only sign not represented by a living thing but by the balanced scales of justice, often is thought to be the "perfect" sign as we appreciate, understand, and can be comfortable with both the light and dark sides of humanity. That said, for me, this journey represented a deeper dive into my sexuality and concepts of love so, it should be no surprise that my most memorable and meaningful connections were with my own and the consequent signs. I absolutely adore Scorpio men, at least, from a distance. Scorpios, while irresistibly mysterious, are consistently a challenge for me beyond the surface connection. They hold everything close to their vests and share only

A Survey On Openness: An Opportunity to Participate

As I got around to writing about my sexual journey through the Zodiac, at the same time as navigating my polyamorous marriage with a secondary partner, the idea formulated to create a survey on openness. The survey is aimed at couples of all kinds (though singles can participate too) and I'm looking to see if there is a correlation between the couple's sexual satisfaction, their ability to communicate with their partner, and if nonmonogamy has ever come up for discussion within the couple. I'm also looking to see if patterns arise in the Zodiac signs of the respondents and their partners. There are 18 questions: Some are single choice, some multiple choice, and some scale question (Please, read the questions carefully). As of the writing of this post, there are 71 responses and some very interesting patterns emerging, but I need more data - much more! I'd ideally like to have at least 500 responses, if not more. So, I not only encourage you to take the survey for yo 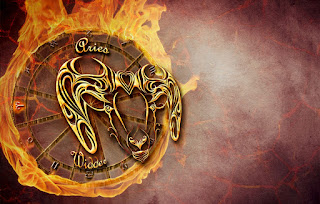 Oh, Aries. Beautiful Aries. Aries love to push boundaries. Whatever boundaries you have, they'll push them.  The problem with Aries and Libra is, when Libra knows their limits we, on principle,  really don't like to have them pushed.  While I only had one sexual experience with an Aries, I talked with several. Again and, again, the theme of pushing boundaries came up in their speech as I simply let them talk. My Aries was one of just a few chance meetings at a bar. I had a date planned for the night when I met the Aries. The date canceled last minute and, on my way home, I decided to stop at a local bar for a drink. As I walked in, appearance-wise, ready for the canceled date, a man in the parking lot approvingly looked me over. I was aware of his attention, but I didn't let on that I was. When I got to the bar I chose a seat next to an empty seat that had a drink on the bar counter before it. I was fairly sure the drink belonged to my admirer. I wasn't wrong. When t